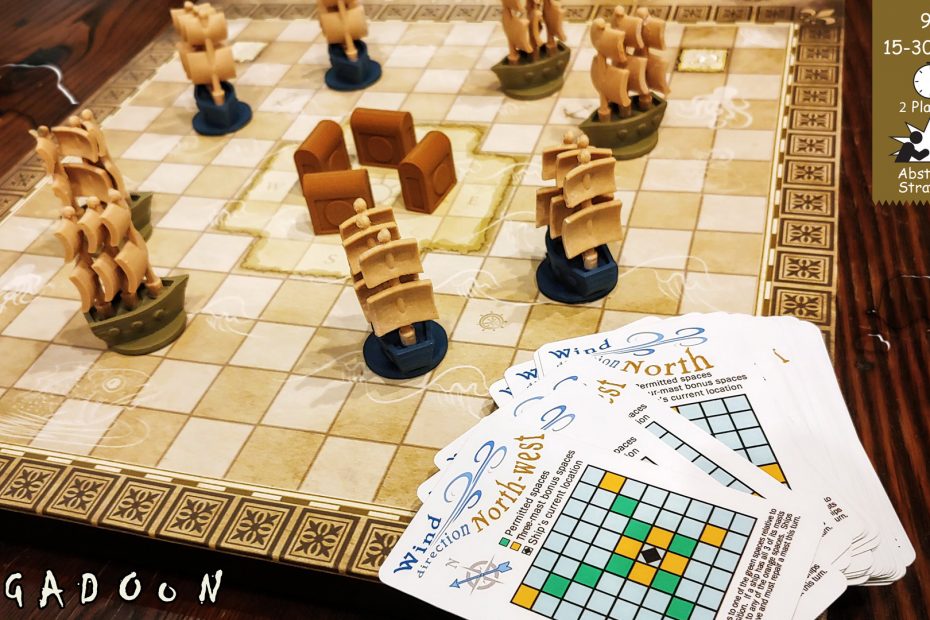 THE ANTICS OF AMBITIOUS ADMIRALS

Rigadoon is a nautically-themed abstract strategy game. There are nearly a dozen actions each of the ships in your fleet may deploy each turn. From setting off cascading chain reactions to running other ships aground, from blasting ships across to the opposite side of the board to claiming your treasure on an island; there are countless combinations of actions floating between you and victory.

Cool bit of trivia – in the video above is a a recording of an actual Rigadoon, which is a dance form in classical music. The piece was composed by Edvard Greig in 1884 and recorded by Oliver Glynn on Ukulele.

Ok – looks like this game made it to the second round in the BoardGameWorkShop.com’s 2021 international board game design competition. Woot!